In September 2017 in Argentina some 13,000 kilometers from Ukraine Carlos Tavis, the Technical director of Syntaryc S.A.L.C. received an important assignment from the company’s CEO.
One of their major customers – Unilever S.A. had decided to introduce an economical Refill Doypack pouch to pack its household products and was looking for a Doypack packets supplier.  The management set a task to find a reliable manufacturer of equipment and conclude a supply contract as soon as possible. 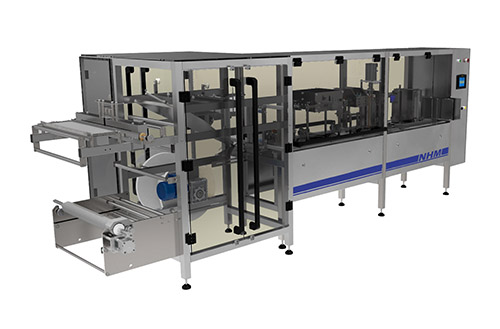 As we know, the market for equipment suppliers is large.  Therefore, Carlos began his search for suppliers in Europe via the Internet. Along the way, he found a video and the website of an unknown company from Ukraine that attracted his attention. He was skeptical, but decided to get in touch. The speed of response surprised him, as well as the quality of the equipment.

Soon, Syntaryc S.A.L.C. acquires an Automatic machine ASP for forming “Doypack” pouches. The equipment was received, installed and commissioned. Everyone is happy – Carlos, his CEO, and the Customer. It would seem that everything is OK, but no!

Some 1-1/2 years later, Syntaryc decides to expand their production of Doypack packets for other Customers in the region. They now require a new machine with a mirrored configuration compared to the first one. Our company completed the project and shipped ahead of schedule. This shows that distance is not a barrier )))